The past few hours on social media has been riddled with heated debates among fans of Nigerians singers Burna Boy, Wizkid and Davido following the ugly incident that went down in Ghana.

However, moments after Davido tweeted saying he would eventually leave the music industry, the singer has been motivated to approach the matter again after reading a comment from one of his fans. 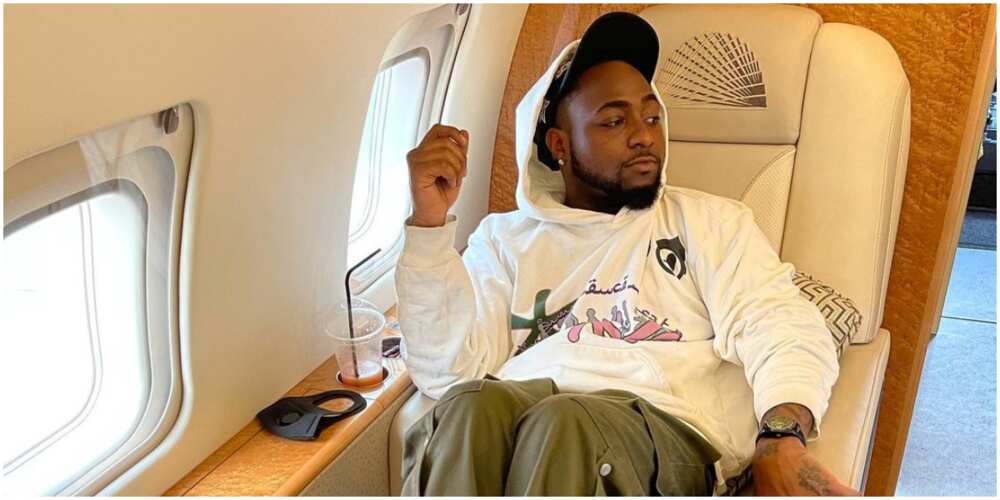 The individual identified as @K1says on Twitter had reacted to Davido’s tweet about quitting music. @K1says noted that he now truly agrees that colleagues are envious of Davido, especially because of his wealthy background.

“I agree now… The envy is too much on this lad…He didn’t ask to be born rich…All he wants to do is make good music and leave a good legacy,” he wrote.

Upon seeing the tweet, Davido took a screenshot and posted it on his official Instagram page. In the caption, the singer noted that he has been fighting a battle in the music industry for about 10 years.

He, however, assured his fans that he will continue putting out hit songs just like he has been doing in the past.

Read what fans had to say in his comment section:

“From a rich family and still working hard.”

“They keep hating. It’s not your fault you were born into a rich family na.”

“He who is hating on him is just wasting his time. Such a happy man.No wonder he spreads happiness around. Happiness will never be far away from you bro. You are a hero.”

Meanwhile, Legit.ng previously reported that international show promoter, Paul Okoye, penned a heartfelt letter to Davido, Burna Boy and Wizkid. The media executive commended them for how hard each of them has worked to build their brands.

Okoye also told them to use their greatness to set good examples.