Mixed reactions have followed a young man’s narration of his ordeal in the hands of his father this festive season.

According to the post shared by Sabiradio on Instagram, the young man identified as @ronaldochy, his father kicked him out of the house over something irrelevant almost 2 years ago and he returned recently only to be held by the neck and have his hair forcefully shaved. 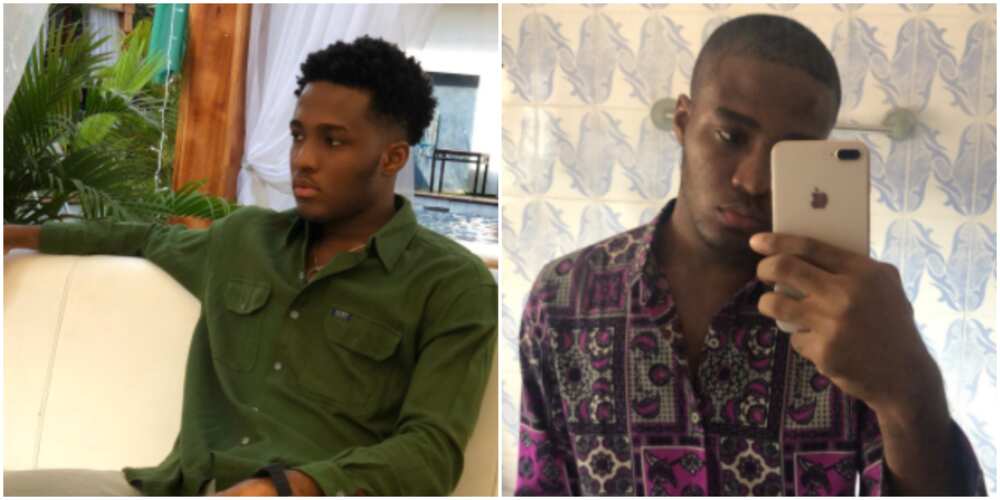 The heartbroken man who stated that that was his sad reality mentioned that his father has hurt in ways he could not start explaining.

He further said that he came back to the house because his siblings asked him to and he also chose to forgive his father.

@ronaldochy also said that his father, who had cut him off completely, humiliated him for no reason and he would never set his eyes on him again.

“Haven’t seen my dad in a year and 6mths since he basically kicked me out over something irrelevant, I come home for the first time and the first thing he does is hold me by the neck and shave off my hair. The pain I feel right now is unbearableBroken heart, but this is my sad reality.”

“He doesn’t deserve you. We should totally normalize cutting off toxic parents.”

“Ode, you should realize it’s simply his orientation (dreads and tattoo are bad for their generation) and nothing to do with hatred for you. Be independent, you sef go strict for your own child.”

“My question is , What did you do?? A parent can’t just disown their child without doing something really BAD!!”

“The truth is some parents just do the most.”

Meanwhile, Legit.ng reported that a Nigerian mum identified as Deborah Okezie called out the management of Deeper Life High School in Uyo for maltreating her son.

In the video, Deborah’s son who looked like he has not fed well for days, sat on a stool as he answered questions from his mother.