Although he has been linked with a number of English clubs, however, nothing serious has happened until the transfer window opens a few days from now.

And the former Leicester City attacker took time out to visit one of the ten-match centres as the new season of the local league kicks off on Sunday, December 27. 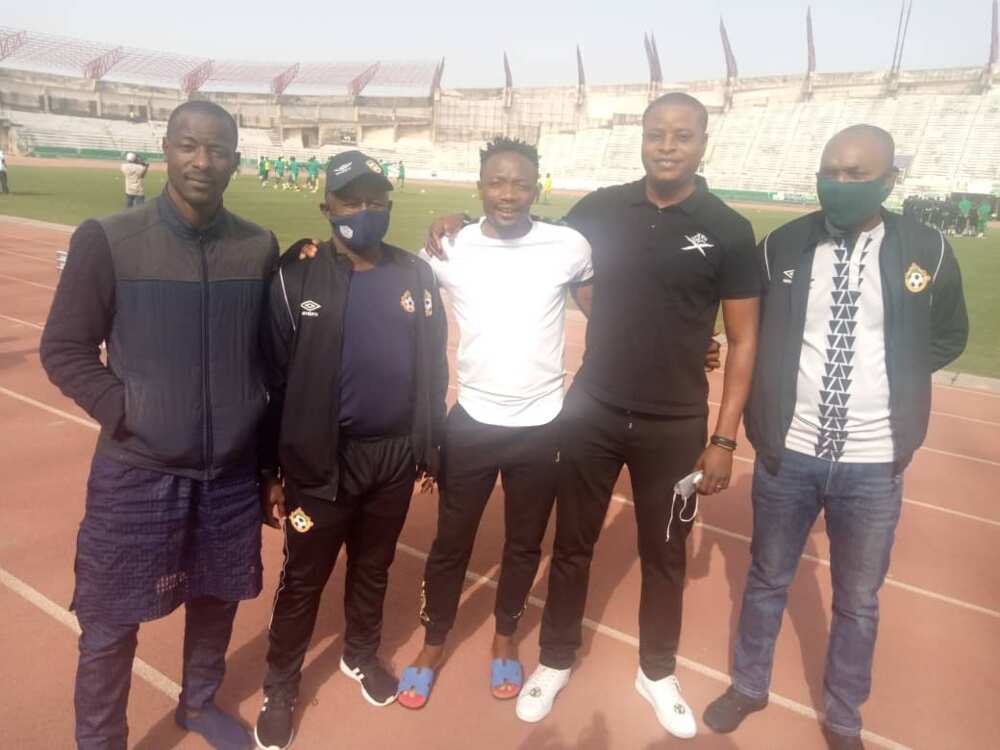 Musa is not alien to the league as he also got his career started with Kano Pillars where he won the highest goals scorer award in 2010 with 18 goals.

The forward posed for a few pictures with some of the club officials before the game officially kicked off in the cold city of Jos.

Meanwhile, Musa would be hoping to move back to Europe in January having spent the last two years at Al Nassr in Saudi Arabia.

Legit.ng earlier reported that Gambo Yakubu has been arrested by the Kano Police Command after defrauding people of about N700,000 while impersonating Super Eagles captain.

The 30-year-old was said to have already duped about 15 people under the guise of helping them secure contracts with football clubs abroad.

Yakubu was said to have worked with the former Leicester City striker at his Sports Complex in the northern part of the country.