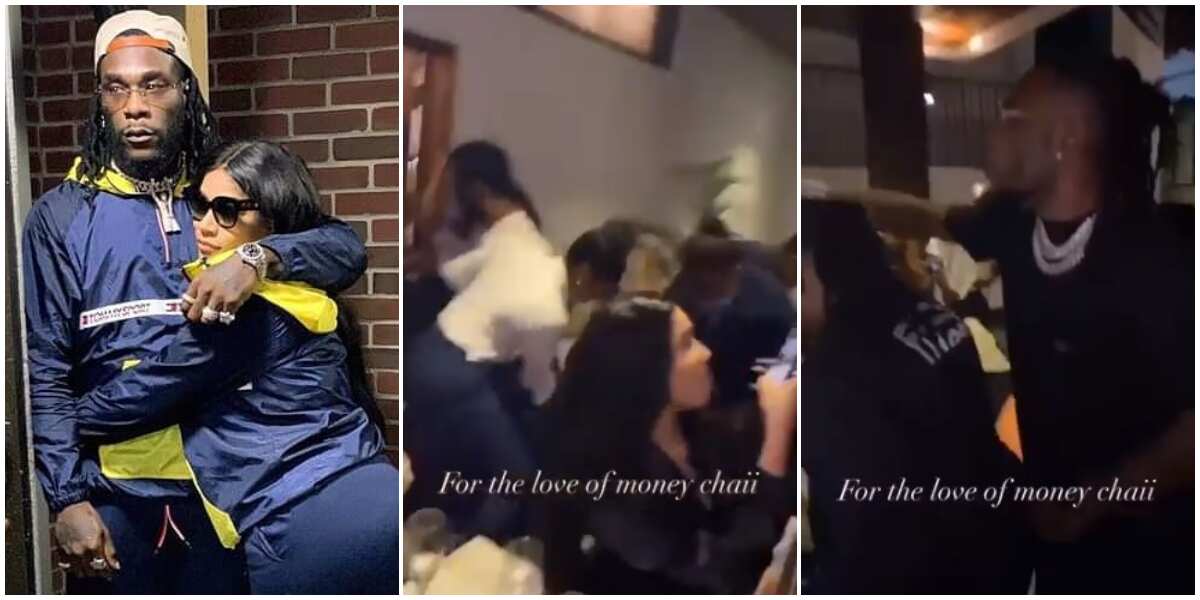 – In the video, Burna Boy is seen throwing money at the staff as they struggle to get as much as they can

Nigerian singer, Burna Boy, and his UK singer boo, Stefflondon, recently got social media users buzzing with a trending video of them at a restaurant.

In the video which was shared to Stefflondon’s Instagram Story, Burna Boy is seen throwing money at some staff at the restaurant and watching them scramble for it.

Stefflondon who shared the video captioned it:

“For the love of money, chaii”

While there are some people who see nothing wrong with the gesture, there are several others who have expressed displeasure at the act of not only throwing money at them but also recording them scrambling for the said money.

For this set of people, the video seemed degrading and embarrassing.

See how some internet users have reacted:

Still on the star couple, Burna Boy and Stefflon Don, seem not to have allowed rumours and naysayers affect their relationship.

The Grammy-nominated Nigerian star and his British rapper girlfriend were some days ago spotted having a swell time in Ghana.

In a video making the rounds on social media, the duo was seen having a good time in each other’s company with no indication of bad blood between them.

Legit.ng had earlier reported that Burna Boy’s ‘secret girlfriend’ Jo Pearl, recently took to social media to open a can of worms as she revealed that she had kept them a secret for two years.

In videos posted on Instagram, an emotional JoPearl spoke on how she got to know Burna and how their relationship blossomed to become what it was.