Following the two weeks directives given by the Nigerian Communications Commission (NCC) to the telecommunications operators in the country to block all SIM cards that are not registered with the National Identity Numbers (NIN), succour has come the way of Nigerian subscribers.

The Nation reports that the NCC had threatened that failure to do so would lead to people’s line being blocked or disconnected by December 31, 2020.

Legit.ng gathered that the steps to link the phone numbers with NIN are easy to undertake.

Below are a few steps to link your phone number with your NIN:

For MTN users, simply dial *785# and get it done in few seconds or 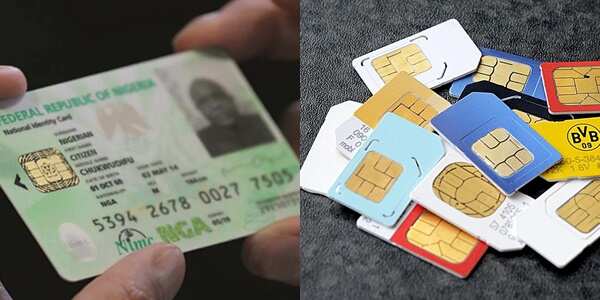 Submit the form as soon as you’re done.

Wait for feedback from the network.

To link your NIN to your Airtel phone number, follow the steps below:

Wait for the message confirming your submission. If you get an error, just wait for some time and try again.

Other networks (Glo and 9mobile)

For other lines, simply visit the nearest office of your service provider (be it Glo, 9mobile) to register/link your NIN.

Just go along with NIN and your SIM pack. If you do not have your SIM pack, you probably should be prepared to swear an affidavit.

To be on the safer side, you can call your service provider’s customer care.

Meanwhile, Legit.ng had previously reported that the NCC mandated the telecommunications operators across the country to block all the SIM cards not linked with National Identity Numbers (NIN).

This is the new system we are adopting for NIN registration – NIMC announces, reveals why Lagos centre was shut down

It was reported that the NCC director of public affairs, Ikechukwu Adinde, made the disclosure on Tuesday, December 15, in a statement in Abuja.

Adinde said the new rule applies to new Subscriber Identification Module (SIM) cards, stressing that those not linked with NIN will be disconnected in two weeks time.

In a related report, the federal government approved 173 centres and 30 state government institutions to conduct enrolment.