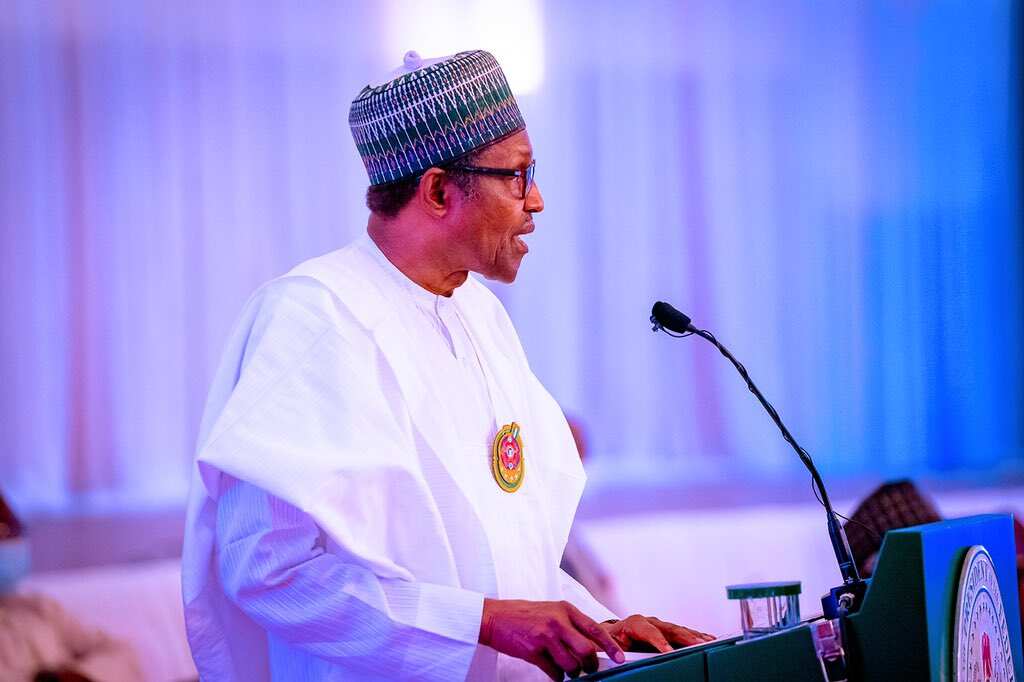 – In a condolence message to the Nigerian Medical Association (NMA), Buhari saluted the sacrifices of the medical personnel

Nigeria’s President Muhammdu Buhari has expressed sadness over the recent death of not less than 20 medical doctors from coronavirus.

Legit.ng had reported that the Nigerian Medical Association (NMA) confirmed that no fewer than 20 medical doctors died of COVID-19 in the last one week.

This sad news was broken by the NMA chairman in the Federal Capital Territory (FCT), Enema Amodu, at a briefing on Friday, December 25, in Abuja.

In a condolence message to the medical association through his senior media aide Garba Shehu, the president saluted the sacrifices of the doctors, adding that their welfare was a priority to his administration.

President Buhari who made this known in a statement issued on Saturday, December 26, also noted that the death of health workers in the battle against the raging pandemic is sad.

He went on to state that their death was regretful because they risk their own lives in order to save others.

While saying that Nigerian health workers operate under severe limitations, Buhari added that they are undeterred in discharging their duties in saving lives.

The president who acknowledged the sacrifices of the late doctors said health workers in line with their humanitarian calling are making maximum sacrifices for the country.