Callum Hudson-Odoi has lashed out at Chelsea teammates after their 3-1 defeat to struggling Arsenal at the Emirates Stadium.

The 42-year-old has already blasted his players after the game, however, Hudson-Odoi who came in at the start of the second half agreed with the manager over his colleagues’ approach. He said after the game: 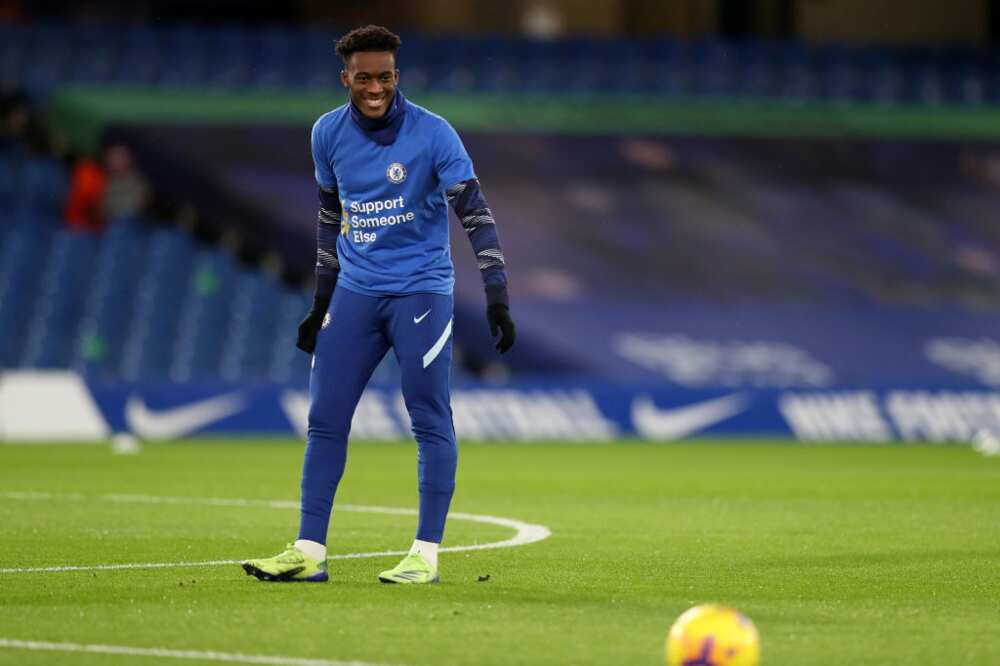 Callum Hudson-Odoi getting ready for the Arsenal Premier League clash at the Emirates Stadium.
Photo by Chelsea.
Source: Getty Images

“It feels like we let ourselves down. We know we can do much better. We should have put the same energy we had in the second half into the first half as well – we should have had the same attitude from the get-go.

“We started too slow, we all know that. We knew from the start it was going to be a difficult game no matter what. They’re Arsenal, they’re a good team.

“No matter where we are in the league we’re going to keep pushing until we get to number one and no matter what the game is, we’re Chelsea, we want to give our best every game no matter what.

“We don’t like losing. That’s the Chelsea mentality, we always want to win. So when we lose or make a couple of mistakes, we’re all disappointed with ourselves.

“When we win we’re always happy when we lose we’re disappointed, so we want to get back to winning ways and stay happy.”

Hudson-Odoi spent just 45 minutes on the pitch and assisted Abraham’s only goal in the game as they lost their fourth game of the ongoing season.

Legit.ng earlier reported that Chelsea boss Frank Lampard has stated that Mike Arteta should be given more time to help Arenal become a formidable team.

However, the English boss believes Arteta can still bring the Gunners back to their very best if allowed to do so