– Now, four years after officially splitting up with Kendu Isaacs, the 49-year-old admits being single can be difficult

American singer Mary J Blige has finally spoken out on her love life two years after going through a divorce.

The musician admitted she sometimes gets lonely and sad but she is determined to hold on till the right man comes along. 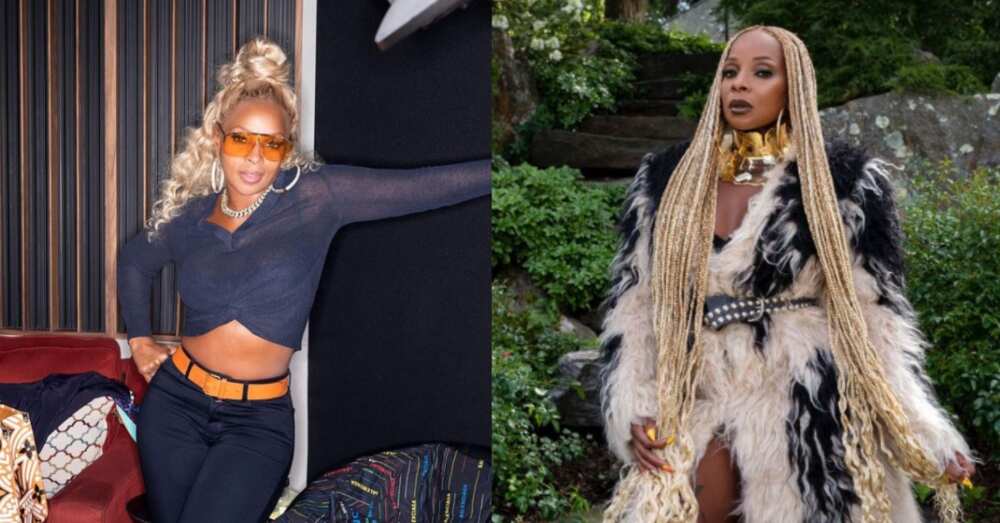 The Grammy winner told actress, Taraji P Henson, she had learned a lot and grown so much after parting ways with her ex, Kendu Isaacs.

The songbird accused her former partner of trying to blackmail her into coughing up financial settlements by dragging out their divorce for years.

Mary and Kendu split up in 2016 but they did not finalise their divorce till 2018.

At some point, Mary’s ex got hospitalised and claimed the stress from the breakup was affecting his health.

“I don’t know when that’s going to happen. But, I would rather be myself than to keep making the same mistakes over and over again. I am going to be patient and sift through this thing and love on me right now,” the 49-yar-old said about her plans to date.

Meanwhile, Legit.ng reported that American rapper, Cardi B, disclosed to the world that she was among the happiest women alive after getting back with her baby daddy, Offset.

The celebrity confirmed recently to her fans that she was back with her husband in a move that proved their divorce had been tossed aside.

Their reunion was confirmed recently during Cardi B’s birthday celebration when they were spotted together looking all loved up and contrary to how exes should be and seem.