– In fact, one of the appointees of President Muhammadu Buhari, Chief George Moghalu, has also given his voice to the agitation

Chief George Moghalu, the managing director of the National Inland Water Ways (NIWA), has lent his support for an Igbo presidency come 2023.

Moghalu, in a conversation with journalists on Saturday, December 27, said that southeasterners must fight hard to produce an Igbo president in the next presidential election because power is not given but should be taken democratically, Daily Trust reports.

The NIWA chief said that persons from the geopolitical region must organise themselves and aim at making an Igbo person win the primaries in both the All Progressives Congress (APC) and the Peoples Democratic Party (PDP). 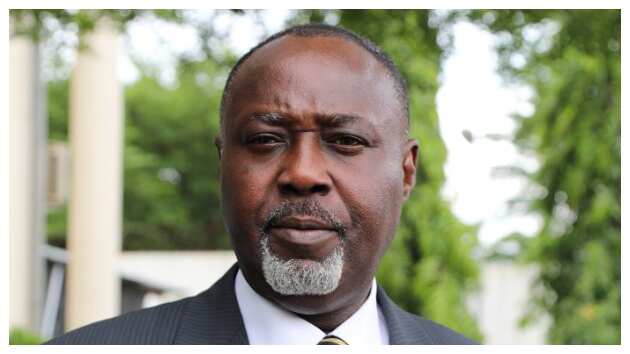 Moghalu said that this is because it is fast becoming a reality that only these two political parties can bring produce Nigeria’s president.

“But the truth is that we are not talking about president of Igbo but president of Nigeria who will be an Igbo man. If we fully realize the enormity of the project, we have to put our house in order so that we can constructively engage people from other zones to get the needed number and support

“There are two political platforms with which one can prosecute the presidency in the Nigeria of today, that is the Peoples Democratic Party (PDP) and the All Progressive Congress (APC), what I expect us to do is to work hard towards making Igbo persons win the presidential primaries of the two political parties so that it can be a win-win situation for us.”

Meanwhile, two Anglican and Catholic bishops had pitched their tents with Ohanaeze Ndigbo in the call for an Igbo presidency.