Chelsea boss Frank Lampard has stated that Mike Arteta should be given more time to help Arenal become a formidable team.

However, the English boss believes Arteta can still bring the Gunners back to their very best if allowed to do so 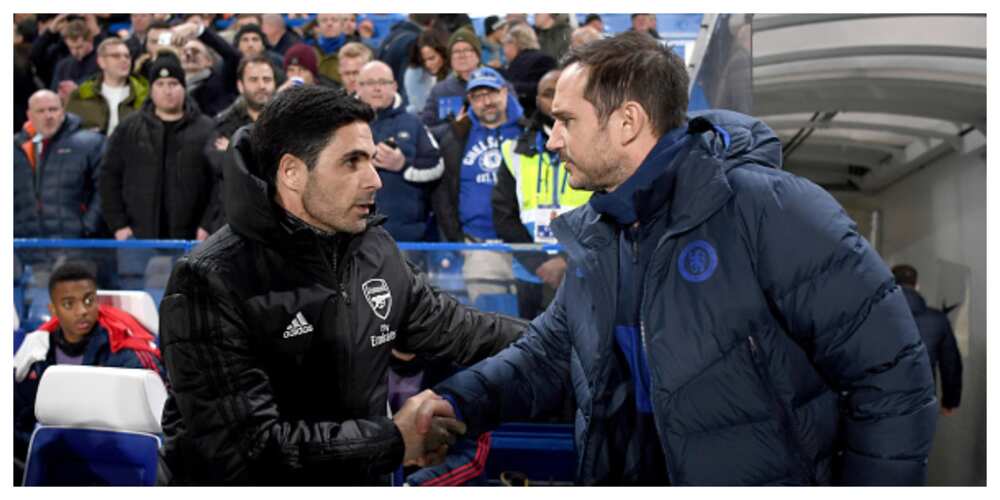 “Expectations are higher at clubs like the ones we are both managing, but I don’t think it’s a case of him being a young manager.

“I see him as a very talented manager, and we’ve seen examples of clubs who have built really strong squads over the last three or four years.

“The dominant teams over that period, Manchester City and Liverpool, have had time to work and improve the squad.

“They went through tough moments, and they were given time to improve through those moments. It’s only then that you really learn about players, the team and the squad as a whole.

“I’m not talking specifically about Mikel here, but just generally in the Premier League.

“If you come into a club that’s going through a period of certain transition, I think it’s very understandable there will be lots of situations and work that you need to do in order to get the club where you want it to be. It’s not all rosy as that’s not football.

“That’s not to do with the manager. I think Mikel is a highly talented coach and manager, and his team are really just going through a recent patch of difficult form.

“They have a quality set of players and that’s the team I’m preparing for on Boxing Day.”

Meanwhile, Legit.ng had earlier reported that Mikel Arteta’s issue with Mesut Ozil is because the German midfielder can not play on the wings, Mirror claim.

The Gunners boss did not include the 31-year-old in Arsenal’s Premier League campaign and the Europa League squad until January and he defended his decision to do so.

The north London club have been struggling this season, managing only one win in their last ten Premier League matches, leaving them 15th on the log.