– The secretary of the APC, Akpanudoedehe questions Wike’s motive for making the claims

The All Progressives Congress (APC) has challenged Governor Nyesom Wike to mention the names of those he alleged were pressuring him to join the ruling party.

The challenge was made by John Akpanudoedehe, the secretary of the APC’s caretaker/Extra-Ordinary Convention Planning Committee (CECPC), The Nation reported. 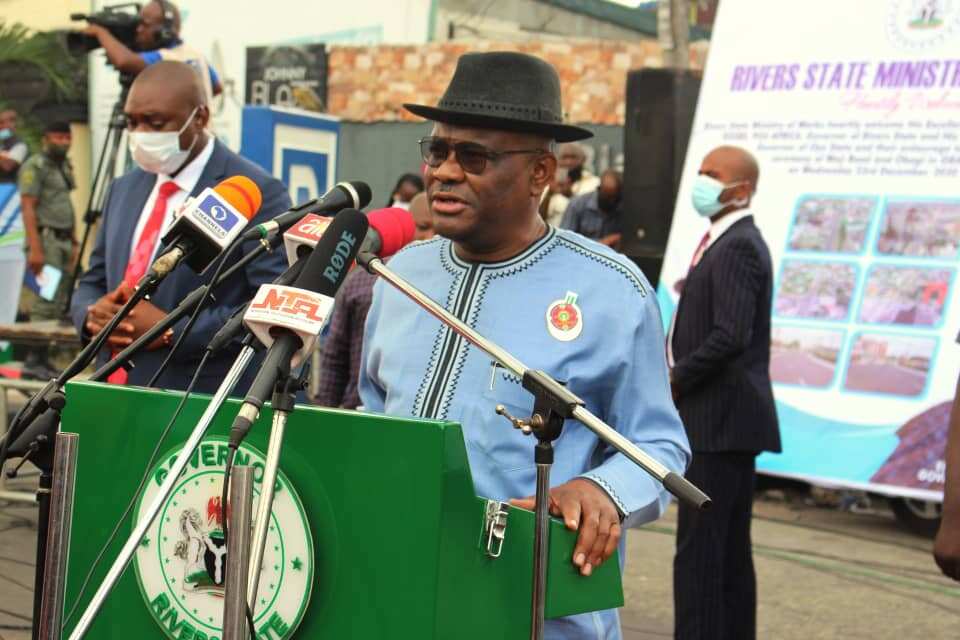 Wike has made some claims which the APC considers controversial.
Photo: @GovWike
Source: Twitter

He said the ruling party does not pressure or coerce anyone to join its ranks.

“Please ask him (Wike) to name his suitors. Who is putting pressure on him. I am not surprised what he (Wike) is doing. I have seen people like him, who hated APC in the past but today they are in APC having seen the light and the good thing the party is doing in re-positioning the country and making it work again after years of PDP misrule.”

According to Vanguard, the party chieftain urged Wike to declare if he wants to join the APC instead of insulting the party.

“Tell Wike, he cannot attain national popularity by attacking or insulting the APC and its leaders. He should come out clean and declare if he wants to join the moving train of APC and not that he is been pressurised or wooed to join.

In another news, the Peoples Democratic Party (PDP) has been hit with defection again as six of its chieftains in Oyibo local government area of Rivers state joined the APC.

The new defectors, according to a report by The Nation, include Adolphus Nweke, Onyema Ihenna, Ibekwe Okere, among others.

They were received on Wednesday, December 23, by the party leader in Oyibo, Gift Okere, and caretaker committee chairman, Chamberlain Okorie.