– Etinosa a while ago, opened up about her failed marriage to a Naval officer due to domestic violence

These are good times for Nollywood actress, Etinosa Idemudia, as she is set to welcome her first child with a yet-to-be-identified man.

The controversial actress left fans and followers stunned when she unveiled her baby bump to the world. 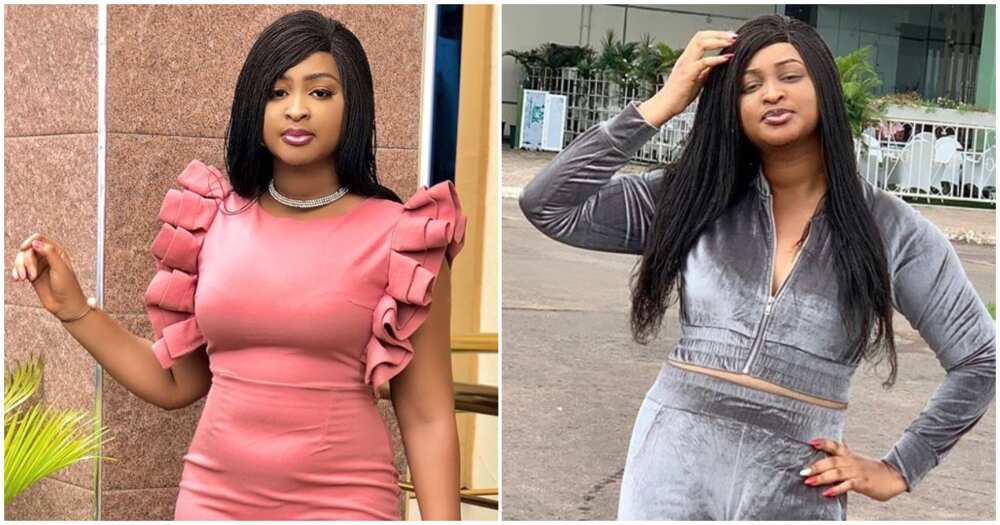 The actress debuted her pregnancy to the world on December 26.
Photo credit: @etinosaofficial
Source: Instagram

Dressed in a black and gold bedazzled flowing gown, the actress flaunted her baby bump as she described it as the ‘best gift ever’.

Sharing the photo of herself cradling her baby bump, she wrote:

“This year, I received the best gift ever…..The Gift of Motherhood. I am eternally grateful to God.”

She then proceeded to share a video of the bare baby bump as she thanked God.

Recall some time ago in 2018, she shared details of her marriage to her ex-husband, Babatunde Solomon, writing that she left the marriage with fractured ribs and a stab wound.

The comedian shared a story of being constantly and terribly abused in her marriage, and how her life after divorce has been characterised by bullying and intimidation.

Sometime in June, Etinosa made a case against women who cut off their partners in the lives of their children and then refer to themselves as single mothers.

The actress took to her Instagram stories to air her thoughts about this. Etinosa stated that a woman who intentionally cut off her partner because she is hurt and then also cut him off from the lives of her children has no right to be called a single mother.