Anthony Joshua revealed that he thought the anti-police brutality protests tagged as ENDSARS last October was about a virus.

The SARS perceived by Joshua is a viral respiratory disease fully known as Severe Acute Respiratory Syndrome associated with coronavirus. 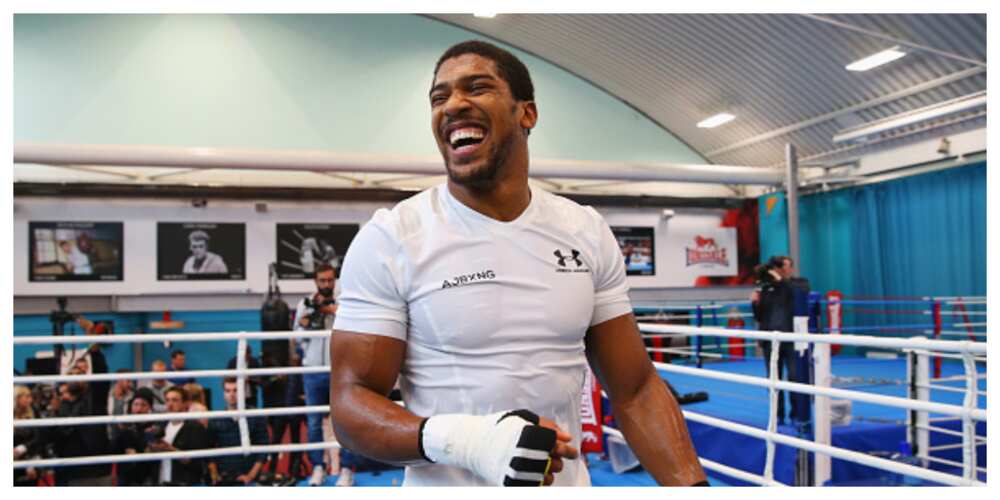 Anthony Joshua finally breaks silence on what ENDSARS protest was all about.
Photo by Alex Livesey
Source: Getty Images

“I never knew what SARS was during my time in Nigeria; I never encountered SARS, so, when the movement started happening, I thought SARS was maybe like a virus, I didn’t know SARS.”

The IBF, WBO, WBA and IBO heavyweight later revealed that he educated himself by doing plenty of research.

“One day after training, my uncle called me and this was just before the issue of the Lekki toll gate, about five hours before it, he called me and told me about the situation on the ground. He told me the people of Nigeria loved me and wanted to hear my voice on it.

“So I thought it was important for me to send out a positive message and shortly after that, about four hours later, people had been murdered at the toll gate. So, I said this wasn’t only about finding a common ground, this had to stop.

“But I didn’t want to go back on my message, I had sent a message out and I had done a lot more research about the #EndSARS movement.”

Meanwhile, Legit.ng had earlier reported that following his victory over Kubrat Pulev, his mandatory challenger, British-Nigerian boxer Anthony Joshua has moved to number one position in the latest Ring Magazine Heavyweight Ranking.

Joshua brutally stopped Pulev in round 9 of their epic bout at the 02 Arena in London on December 12 to defend his WBA, WBO and IBF titles.