– The commandant of the corps, Colonel Olayinka Olayanju absolves his men of any wrongdoing

The southwest security network known as Amotekun has dismissed reports alleging that its men killed a student of the University of Ibadan in Oyo state.

The commandant of the corps, Colonel Olayinka Olayanju retired, explained that Amotekun operatives had on Sunday, December 20, shot dead a robbery leader nicknamed Akin Sarz during a gun battle, The Guardian reported. 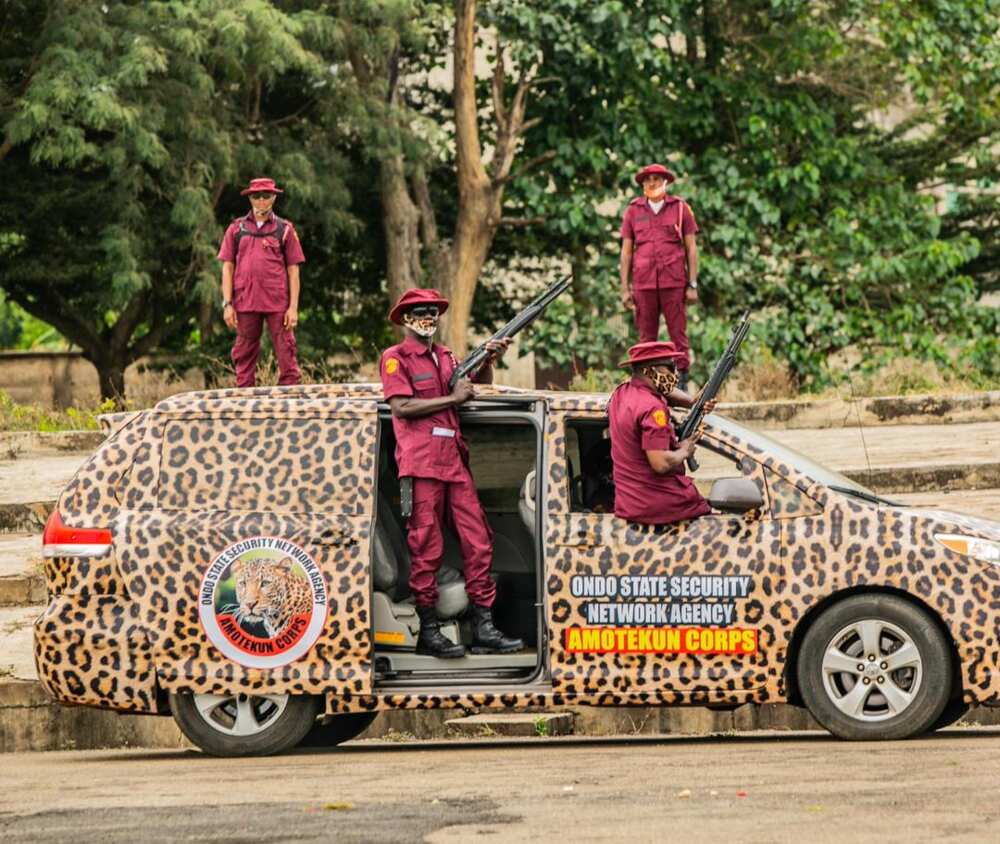 Olayanju stated that two other gang members arrested with a locally made pistol were handed over to the police.

Olayanju said his men encountered the robbers who mounted an illegal roadblock around Sabo area in Oyo town at about 4am.

“While the team was attempting to clear the barricade to facilitate smooth passage for interstate commercial vehicles plying the road, a group of armed men suspected to be robbers fired at the Amotekun operatives and a gun duel ensued.

“In the process, one of the robbers, nicknamed Akin Sarz, was neutralised and two other gang members were arrested at the scene with a locally made pistol and cartridges.”

Vanguard reported that the commander asked people who are interested in verifying the information could to inquire from the police.

Meanwhile, The Punch has reported that some herdsmen attacked members of the Ondo state Amotekun on a farm at Osi Community in the southwestern state.

Chief Adetunji Adeleye, the state commander of Amotekun, made the disclosure to journalists in Akure, the state capital.

The herdsmen were said to have attacked the agency officials while the operatives were trying to settle a rift between them and the farmers in the community in Akure north local government area of the state on Wednesday, December 9.

Operation Amotekun: Should it be replicated in other regions? Nigerians react | Legit TV